I have no sense of brand loyalty where cosmetics are concerned, and tend to be led by whatever has the best offer on when I need to restock. This goes for mascara in particular, where I've never found any noticeable difference between the various ones I've tried, other than some being a bit worse than others which were already rather disappointing. I guess the lack of loyalty was because I'd never had a eureka moment and thought "aha!, I've found THE one". 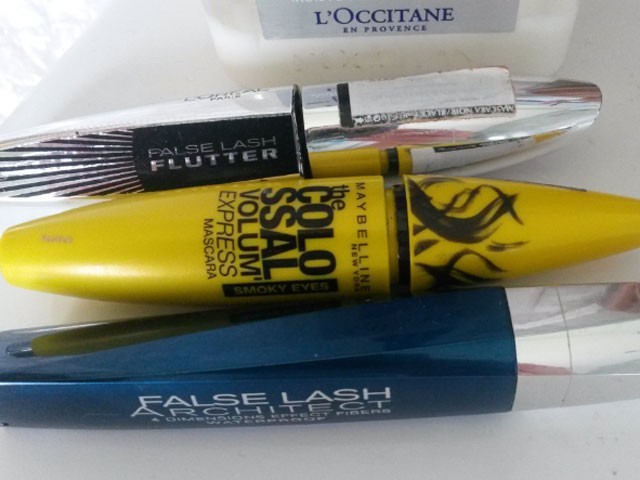 All that, though, has changed as I prepare to throw out the previous disappointments (including the two L'Oreal ones pictured) and permanently stick with the latest one I picked off the offer shelf by chance, the sunny, yellow Maybelline The Colossal Mascara. This one:

Finally, I can stop being a mascara tart!