So on the hunt for some really unique, not 'Not On The High Street' gifts, this month we've come across freelance illustrator Stephen Bayley. With his own distinct style, Stephen's work and repertoire has grown in response to requests from family and friends. Since art college and then university, Stephen moved to Cardiff with his wife Beth, and began by creating a collection of paintings and prints called "An afternoon at...". The paintings were of places that he and his family visited and always included his family somewhere in each painting. 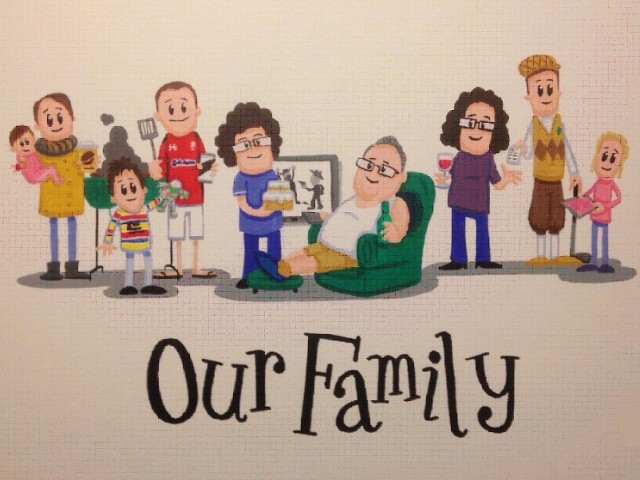 Stephen says "Beth suggested that people would like to see their family in the same style. I developed the idea of a family portrait without the "challenge" of getting everyone to smile and not blink at the same time! It also means I can capture everyone's hobbies and interests at the same time, to truly capture the family. People have also had them done to capture memories such as proposals/marriages etc. I produce them by people providing photos of each person they would like in the picture along with brief notes. I can then produce a sketch for approval then a final framed painting." 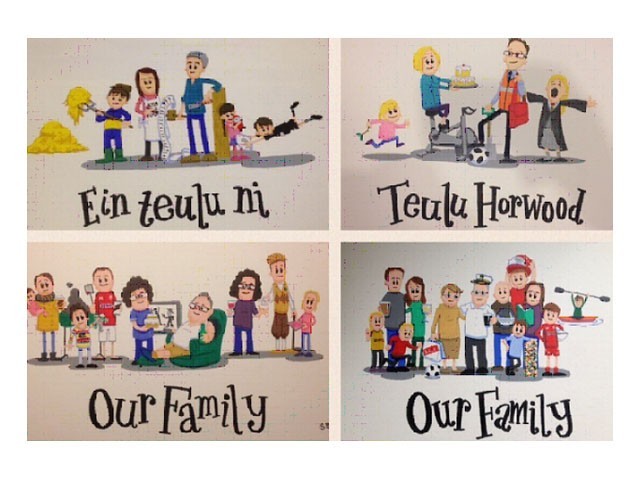 So, send over some pictures of a happy couple, describe their hobbies and interests, and Stephen can create a unique wedding gift, or email over some of a whole family along with a brief description of each member, and you'll have a lovely house-warming gift for the new wall... there are lots of possibilities. Pictures cost £100 and typically take four weeks to arrive back to you, although if you're in a particular hurry have a word and it could be quicker :-) 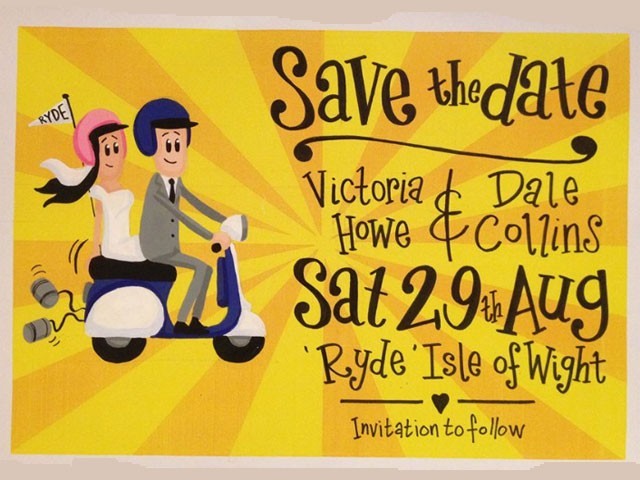 His website is under construction, but in the meantime reach Stephen via:
[email protected]
07824992937
Or on Facebook