In all honesty, this isn't the most glamorous piece I've written, but if you're caught in the middle of toe-curling pain (which, especially at the beginning, most new, nursing mums will have to endure) then maybe this piece will give you a tiny degree of solace. Breastfeeding is an incredibly tough job, albeit one that we're all encouraged (sometimes arguably a little too forcefully!) to undertake. The likelihood is that you'll suffer cracked nipples, explosive pressure in your breasts, the aforementioned toe-curling pain as the baby latches on and the indignity of leaky milk patches on your maternity t-shirt, which, incidentally, is probably a hugely unflattering thing that you've sworn to burn at the first opportunity. So that's the bad news.... the good.... well...erm... errrr.... ok, there are obviously the massive health benefits for your child, and you know that once you've broken the back of it, it is a lovely bonding experience with your child, but that can sometimes feel like such a long-term goal, so here are a few things you can do to make things a tiny bit more bearable in the short-term! 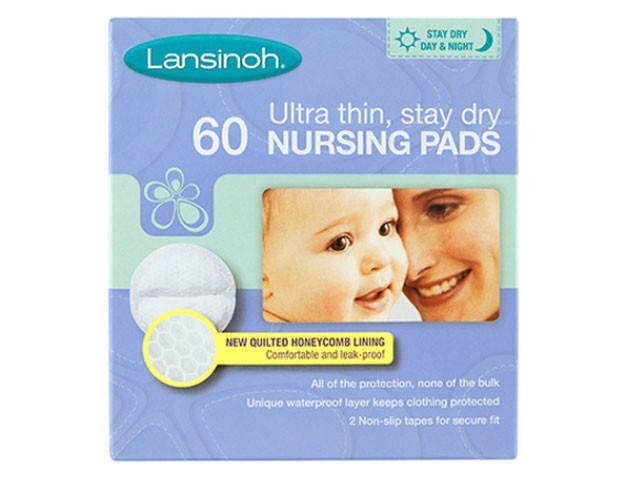 These are essentially bras that allow easy access to make feeding easier i.e. you don't have to remove three layers of clothing first. There is a temptation to get pretty, lacey ones to make yourself feel a little more normal, but be warned, these bras will need a lot of washing! You have frequent leakages which, pardon the detail, can smell almost as bad as any other sour milk, so your nursing bra will need to withstand lots of machine washes. Go for ones which are mainly cotton and get something that's supportive; immediately before the baby feeds you will feel as though your boobs are about to explode and this can be pretty painful, so the support of a good bra is essential.

This is a tricky one. Midwives and health visitors tend to argue that babies will get confused if you offer bottles too soon and may then reject the breast entirely, which is why they say wait around 6 weeks before introducing bottles. For me though, I was in such pain with #1 that I tried expressing very early and my daughter took the bottle without a problem. I was then advised against this and stopped, only to have her reject bottles entirely, despite many, many, MANY attempts, when I tried to re-introduce them at six weeks. The resulting complete dependence on me and the 3-hourly feed drove me to near insanity, so with my following two babies, I went with my instinct, introduced expressed milk more or less immediately, and never had an issue with the babies switching between the two fairly easily. I always made sure I regularly went with both breast and bottle so they never got over-used to one or the other.

Anyway, assuming you decide you want to give expressed milk, you can choose to hand-express or use a pump to help. I tried the manual pumps which proved to be hard work and slow progress. I then tried the Medela Swing Pump with good results. It can be quite noisy, but from what I've heard from friends, this is common across most models, and it was very simple to operate. 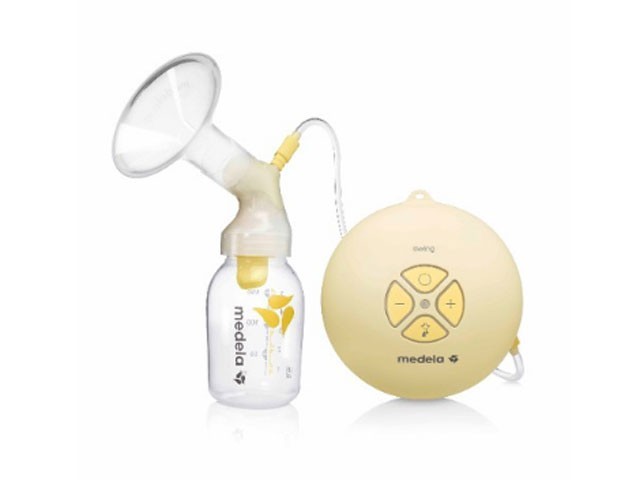 Once you've started expressing, you can freeze any spare milk you have to cover emergencies at a later date. Often sufficient supply can be the problem, so it's always good to have a head-start. You'll find you'll have the most first thing in the morning, and that late at night it can be trickier. I tried to pump a bit before the first feed, and then where possible added to this say an ounce following each other feed in the day. This would then hopefully equate to a full bottle by the 'dream feed' at 10pm-ish which my hubbie could then bottle feed.

You generally swap sides each feed to ensure that baby is feeding from the fullest side first. At this stage of motherhood, you'll probably need a reminder to get dressed before leaving the house, so you'll definitely not remember which side to feed from first. There are specially designed items you can buy and apps you can download for this purpose, but I just used a simple hairband and looped it around the bra's shoulder strap on the side that was next due. It did the trick well and didn't cost anything! 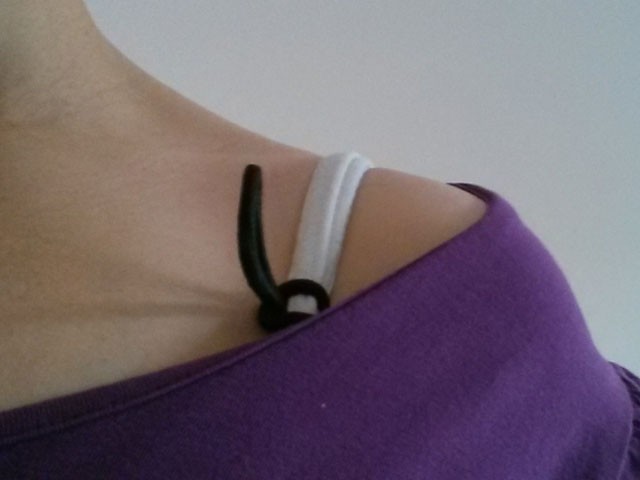 I have to admit that I didn't know about these in time to save my wincing, but I have since heard that they can be absolutely life-changing! The Medela contact shield has been recommended, and they also do different types such as those that just protect your nipples from friction again clothing before and after feeding, and those which collect excess milk if you're prone to leaking (I did say this wasn't glamorous!!).

Consider the Lansinoh HPA Lanolin cream a breastfeeding essential. Even before baby is born, it's good to start using it so as to moisturise ahead of breastfeeding to minimise the likelihood of cracking as much as possible. The cream is really rich and thick, so it stays in place, but is perfectly safe for feeding babies too, so no need to specifically cleanse before feeding.

Call me big-headed, but I do consider myself a bit of an authority on the UK's nursing pad market having tried most of the varieties out there! So to save you the hassle of trying all the different pads and brands, I can confirm that the only one that really worked for me was the Lansinoh brand. They are thinner, so less visible through tighter top, more absorbent, so less likely to result in embarrassing leakages, and more adhesive, so stay in place better. Admittedly they are more expensive than many other brands, but you'll find you need to replace them less often, so overall they are probably just as cost-effective.